Trump's wealthy people  tax cut brings money home. People may question if a much valuable currency of US dollar hurting the export and help more imports from other countries. People talk about those import goods would not be produced in the US anymore. Everyone talks about that the replacement of China exporting to the US just brings other countries to export more to the US. The manufacturing jobs are hard to recover in the US is what they say. The American dream seems to be impossible when the wealth discrepancy is too large  making ordinary Americans need cheaper goods to consume. Ordinary Americans could not afford those goods made in the USA forever.

On the other hand, the medicare cost just gets higher and higher. It crushes the American dream and makes people feel despair to have a life or even make ends meet. It brings the darkness to Americans on the issue Americans face every day. To be honest, I realize the pain a lot. In my hometown, we face some similar situations. I don't know it is fortunate or not to have a better healthcare subsidy here at the expense of doctors and nurses.

If all Americans think those things have to be changed, then please change those things in a better way. To tax wealthy Americans may make things worse because poor Ameircan households already have little. Can you imagine those families to have much less after a heavy wealth tax on the rich Americans? It is inevitable in today's world when capital could search its way out to have a better deal. Then we may see the money of wealthy American households flowing out of the US to help other coountries grow. Is that the thing all Americans want? Or we could come out with something else? 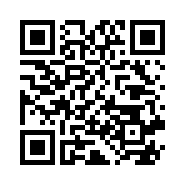