After so many destructive events, financial market keeps metdown. There are several things we need to know better.

Even the Fed doesn't want that happen, we still see the trend towarding that way. Sooner or later, we may see the US has negative yield of Treasury bills, notes or bonds. We may even see the price mechanism meltdown in such an environment. The reason is simple. The choice would be difficult to depending on who can get a negative rate loans or something. When the firm gets the negative rate loan, it means the loan has no interest payment with shrinking borrowing principal. Who could have that would become priviledge because everyone would want to have one but only a few could have. It makes the market mechainism collapse and financial market worse.

Long time until now, we know that the only thing we account on is market machanism. No free-lunch principle is the only golden rule everyone follows in the financial market. Even we see negative oil future prices or something unreasonable, we still could know the end goes well with market mechanism. If the negative yield does embedded in the US Treasuries, it would make thing worse and make the financial market not accountable. The negative rate loan would also emerge to show the collapse of market mechanism. All in all, it makes people wonder who could have the priviledge to borrow in a negative rate. Then the priviledge makes the market mechansm disappear which brings more disasters to the investment world. 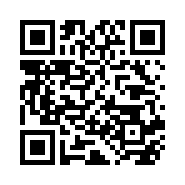