After so many destructive events, financial market keeps metdown. There are several things we need to know better.

Even the Fed doesn't want that happen, we still see the trend towarding that way. Sooner or later, we may see the US has negative yield of Treasury bills, notes or bonds. We may even see the price mechanism meltdown in such an environment. The reason is simple. The choice would be difficult to depending on who can get a negative rate loans or something. When the firm gets the negative rate loan, it means the loan has no interest payment with shrinking borrowing principal. Who could have that would become priviledge because everyone would want to have one but only a few could have. It makes the market mechainism collapse and financial market worse.

Long time until now, we know that the only thing we account on is market machanism. No free-lunch principle is the only golden rule everyone follows in the financial market. Even we see negative oil future prices or something unreasonable, we still could know the end goes well with market mechanism. If the negative yield does embedded in the US Treasuries, it would make thing worse and make the financial market not accountable. The negative rate loan would also emerge to show the collapse of market mechanism. All in all, it makes people wonder who could have the priviledge to borrow in a negative rate. Then the priviledge makes the market mechansm disappear which brings more disasters to the investment world.

Does the Fed really need a interest rate cut or not in the summer time of 2019?

Let's consider its pros and cons....

a. To prevent the US bond yield go negative as European countries and Japan

It is not the case and the reason is mcuh weaker when there are already 13 trillion USD government bonds with negative yield. The yield chasing investors would keep buying the positive yield US Treasuries.

b. To prevent the economic downturn of US

I have to remind you I do support Mr. Trump and think he is a great president compared with others. Lately, there is some discussion about the issue of 2006-2008 US financial crisis which includes AIG, Bear Sterns, Lehman Brothers, Bank of America and others. It recalls my memory back to more than ten years ago.

Let me recall American's memory. At the time, you have Madoff's ponzi scheme and subprime mortgage scheme. Madoff promises so many people they coulld earn a good return from their investment into the fund Madoff manages. Subprime mortgage is the specific mortgage to lend money to those who do not have capability to get house loans or mortgages from merchant banks in the first place. At the time, the Fed thinks the loan volume of subprime mortgage is so small to get great impact to the financial system. And AIG, it is a forbidden word to say even today. I have no comment about the AIG, either.

In the financial crisis, there are so many things needing to be addressed. The first one is the role of investment banks, no matter there is Bear Sterns, Lehman Brothers, Godman Sachs or Deutsche Bank. Before the 2008, the investment bank gets less regulation after the Glass-Stegall Act to deal with the 1920-1930 crisis. Unfortunately, the business that investment bank could get involved is not well defined and regulated. The house mortgage is the business of merchant banks which is under the regulation rule to decide who could get the loan and who couldn't. At the time of financial deregulation booming, there is some misbelief  that those deregulations could bring profit and market efficiency to the financial market. Then the tragedy happens in 2008. The most harm is the confidence of American people. This kind of misperception brings less regulation, not more, and leads the  United States and the whole world into an unforseeable disaster. No single financial institution should get out of touch from regulation is the lesson we learn. Unfortunately, because the special role of investment bank in the US, American people have wrong perception that investment banks have more knowledge than merchant banks and pension funds to deal with specific financial issues. In the old days, investment bank plays the role with wealth creation to support specifically no-easy-to-be-valued corporates or industries, we call them new business ventures. After many years of funding and supporting, as those firms go public, the investment banks get the most reward and become the hero of the society. Unfortunately, in the time of 2006-2008, we do not see that happen but a bunch of animals get lots of reward from the market and take advantage of less regulation of shadow banking system to bring the unprecedented harm to the United States and the whole world.

Those activities of investment banks get involved belongs to the shadow banking, so does what Madoff does. The shadow banking once is considered to have some great contribution to the society. Hedge funds, private equity funds and other financial conduits other than merchant banks, they create value and bring market efficiency when the market gets its natural failure time as people fear. You see see those heros get up and do the right thing everyone is afraid to do saving the financial system. That is the story of George Soros and others having done before. George once broke the gate the Bank of England to make the pound float as it should be. So is Goldman Sachs, who once be considered as the market value creator who saves the financial system and plays a vital role to leverage the system for the good of American people. In 2008, there is no one but only ones with wrong perception of capitalism. The role of investment banks is not just getting involved with new business venture but to promote new idea and new business in some industry to the United States before 2008. Unfortunately, we do not see that kind of role playing in the US financial crisis but only some horrible self-protection acts which harms the whole financial system. Financial innovation becomes financial corruption.

What kind of deeds they learn and have done at the time of 2006-2008 making me so frustrated until today? They take advantage of natural fraud in the process of securitization, especially the US type. In Europe, banks have loan securitization but leave the securities on the book of financial institutions which means the loan lender has the responsible to monitor and to evaluate how to deal with the default of unpayable loans all the time until the loan gets paid down or paid off. The special purpose vehicle (SPV) the US uses does not have regulated restriction when the loans are packaged to be the mortgage backed securities, CDO, CMO and others. The SPV plays the role for the true sales when the loan gets out of the loan lender's book, no one may have the ability to manage or monitor the loan quality if the base securities, built from the process of securitization, are sold in a specific waterfall package as isk transferring to others. Everyone is blind after the US type securitization get done at the time, especially for those subprime mortages.

這樣看來，美國公債殖利率的迅速走高，似乎正對Trump說明，美國債臺高築，財政政策或許不可行(Physical policy may be an impossible act when the US has too much debt already! But it creates challenges and opportunities if the authority is determined to act.)，那樣會讓美國需要支付的債息支出更多，特別是J. Yellen兩年後才下台，Fed手中持有將近五兆美元的美國政府公債與類美國主權債券(GNMA,FNMA)等MBS，當Fed將這些債券賣掉，回收市場美元，美元越走越高，美元指數可能不只破百，而是超過一百二十以上，在賣出公債到市場的同時，也會讓這些美元債券的殖利率曲線更往上揚，市場中面對的利率水準越來越高，美國人的車貸,房貸與學貸利息只會越來越重。 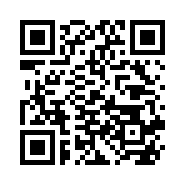